Surviving the Invasion: How to Defend Against Japanese Beetles

It’s that time of year again…Japanese Beetles have returned! We’ve got some tips & insight on how to keep them from devouring your pristine lawn and perfectly healthy garden.

The adult long, metallic, green beetles with copper-brown wing covers emerge from under your lawn in early June to begin feeding. The onslaught is most intense over a 4 to 6 week period beginning in late June, after which the terrorizing beetles gradually die off. It is not long before they mate and the female burrows into the soil and lays her eggs. A female Japanese beetle can lay 40-60 eggs in her lifetime! These developing white grubs spend the next 10 months in the soil feeding on the roots of turfgrasses and vegetable seedlings, surviving in any soil in which plants can live. As these grubs chew the roots of your plants, they reduce the ability of the grass to take up enough water to withstand the stresses of hot and dry weather, resulting in large dead patches. 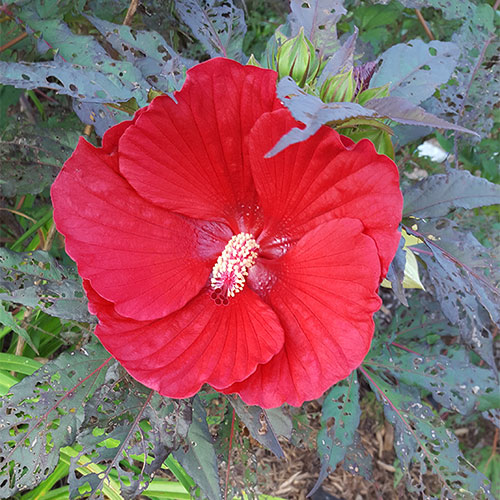 Skeletonization of leaves is one way Japanese beetles destroy healthy plants. They chew through the leaves until only the veins are left.

As the growing grubs destroy your lawn, the mature Japanese beetles will live from 30-45 days and feed on over 300 species of plants, devouring leaves, flowers and overripe or wounded fruit. They tend to feed in groups starting at the top of the plant and working their way down. The damage done to your plants is not from just one beetle, it is from a whole group that destroys everything.

The beetles are most active on warm, sunny days and prefer plants in direct sunlight. When laying eggs, the female beetle seeks out moist, grassy areas, as adequate moisture is needed to keep eggs and newly-hatched grubs from drying out. Excessive rainfall or heavy watering of lawns does not bother them. Their favorite foods include (but aren’t limited to) rose blooms & foliage, crape myrtles, azaleas, & perennial hibiscus.

How to Fight Them

Now that you understand these pests it’s time to get down to business and put up your defensive line!  Below we share a few products you can find at Strange’s that will put the odds in your favor. For best prevention, begin treating your plants at the first sign of Japanese beetles. 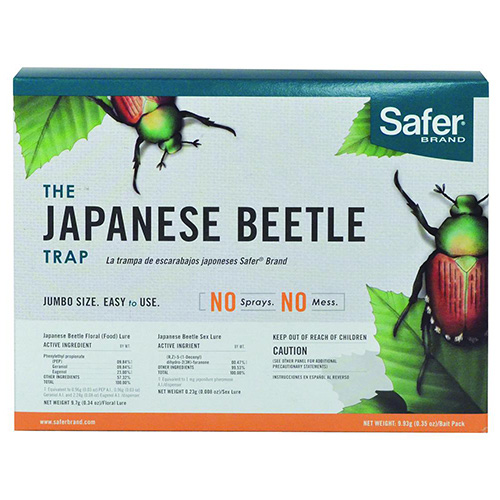 This trap uses a food and sex attractant to lure insects into the trap and disrupt the mating cycle.  A controlled release system maximizes the life of the attractant and protects it from environmental degradation.  Place this natural pest control trap at least 10 feet away from plantings to prevent defoliation. Dispose of bags when full and replace as needed. 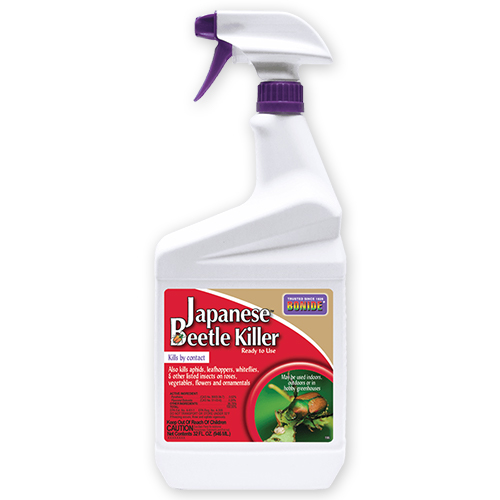 This natural pyrethrin (pesticide found naturally in chrysanthemum flowers) spray is an organic alternative to chemical sprays and quickly & easily kills Japanese beetles. It is safe to use on veggies, flowers, and ornamental trees/shrubs. It also controls other pests including aphids, caterpillars, and stink bugs. This product is toxic to bees exposed to direct treatment. 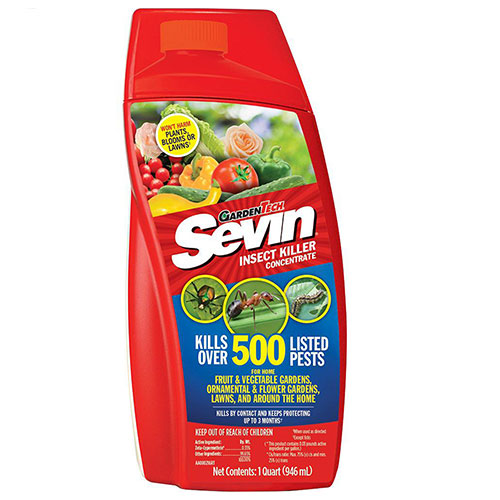 This liquid bug killer is designed to kill over 500 insects, including Japanese Beetles.  It provides excellent control of leaf eating and sucking insects.  This spray can be used on outdoor flowers, fruiting plants, and vegetable gardens. Also available as a ready to use and ready to spray. This product is toxic to bees and honeybees. 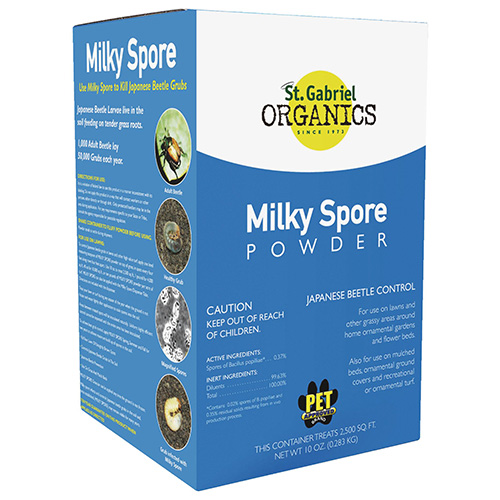 Unlike the other products mentioned, Milky Spore will last about 10 years but can take up to 2 years to become totally effective. This organic long-term treatment will work its way into the soil where it will be ingested by the Japanese beetle grubs. The milky spores grow and multiply inside the grubs killing them in days. As the grub decomposes they are released back into the soil where they will lay dormant until another grub comes along and repeats the process. Apply any time the ground isn’t frozen.