The past 24 hours have been full of updates from both Federal and State officials in regards to COVID best practices.  Up until 00:00 May 15th, 2021, Virginia State emergency powers mandated mask requirements for retail businesses under penalty of fines, etc.  Strange’s bore the burden of third party non-compliance.

As of 00:00 May 15th, 2021, this is no longer the case and we will be updating facility signage as well as staff guidelines as soon as possible.

At the moment we are a “mask respectful” facility:  Please be mindful of other’s wishes in public.  Staff & customers may be masked or unmasked in areas associated with their work or shopping as long as it doesn’t interfere with the wishes of others.

If individuals in our facilities wish to remain masked or interact with others only if they too are masked, we ask everyone to be respectful and courteous to any extent possible.

Garden Center Selection is inside our Greenhouse for the Summer!

Strange’s Florist was started in the early 1930’s by Gideon A. Strange. He was a U.S. Postal employee who was interested in earning money in his spare time. He began raising flowers and plants in his yard at 3223 Dill Avenue. Mr. Strange sold his products out of his yard and also at the 6th Street Market. He built approximately 8000 sq. ft. of greenhouses in his back yard. He was listed in the 1935 City Directory as a florist. Mr. Strange passed in 1947. 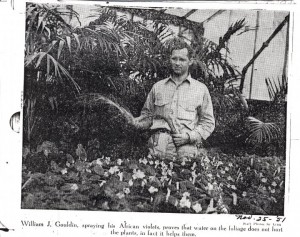 On December 1, 1947, William J. Gouldin, Sr. and William F. Kidd formed a partnership and purchased Strange’s Florist from Mrs. Strange. They were engineers on the R F & P Railroad and, they too, were looking to make use of their spare time and get ahead. They worked together over the years building up the business as a florist and greenhouse. Strange’s built its name on giving a lot of fresh flowers for the money. On December 31, 1960, the partnership was dissolved and Mr. Gouldin, Sr. bought out Mr. Kidd.

Mr. Gouldin Sr. continued to work as an engineer for the R F & P Railroad while he was the sole owner of Strange’s, this often required work around the clock, in the florist by day and the railroad by night. The business continued to grow under his direction, often with the financial support of his other job. In 1970, Strange’s Florist was incorporated with Mr. Gouldin, Sr. as the sole stockholder. At this time, the company was still operating from the original location. The store faced Pollack Street at 3223 Dill Avenue and consisted of three small greenhouses totaling approximately 8000 square feet and store area of approximately 1400 square feet. Strange’s also rented two more greenhouses at another location which totaled 6000 square feet. 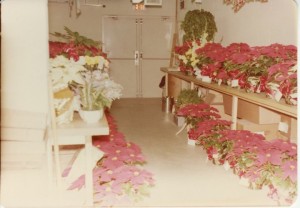 On December 15, 1974, Strange’s opened its doors at the 3313 Mechanicsville Turnpike location which had 6000 square feet of florist space and 4000 square feet in a display greenhouse on two acres of land. The company still operated the old location for crop production and storage and continued renting the two greenhouses at a third location. In August 1979, Strange’s purchased the Broad Street location which had originally been operated as Paul’s Flowers and had approximately 50,000 square feet of greenhouses along with 6500 square feet of buildings on eleven acres. The location required considerable remodeling which took place through 1980. In spring 1981, Strange’s became a full service garden center at West Broad Street and began to advertise as Strange’s Florists, Greenhouses, and Garden Centers.

In October 1982, Strange’s first Southside location at 8010 Midlothian Turnpike opened by converting a fast food restaurant into a florist and gift shop. One year later, the 6710 Hull Street location was opened and is identical to the Midlothian Pike store. In June 1984, the Company began remodeling and expanding the Mechanicsville Pike location. 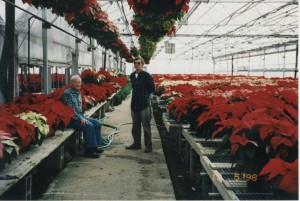 The West Broad Street area continues to grow into one of the most progressive retail areas in the state. Short Pump Town Center is to the east and Route 288 to the west of the West Broad Street Florist and Garden Center. The store at Broad Street and Gayton Road was expanded to include 9,000 more square feet of greenhouses, a new warehouse, a new two story retail store and new parking facilities that include 340 paved parking spaces. The new facility opened March 2004 and now has over 110,000 square feet of indoor space.

There are over 35,000 florists in the U.S. and 20,000 are members of FTD. Strange’s ranks among the top 25 in FTD. It is one of Virginia’s largest greenhouse growers, and one of the largest retail garden centers in the United States. The growth of Strange’s is very important to Richmond customers. Strange’s is able to better serve the market with an ever expanding list of products and services, through more convenient attractive locations, and with buying power that assures the best quality at reasonable prices. Strange’s works everyday to remain efficient and proficient, and to exceed customer expectations.

Autumn
Back to School
Occasion
Style